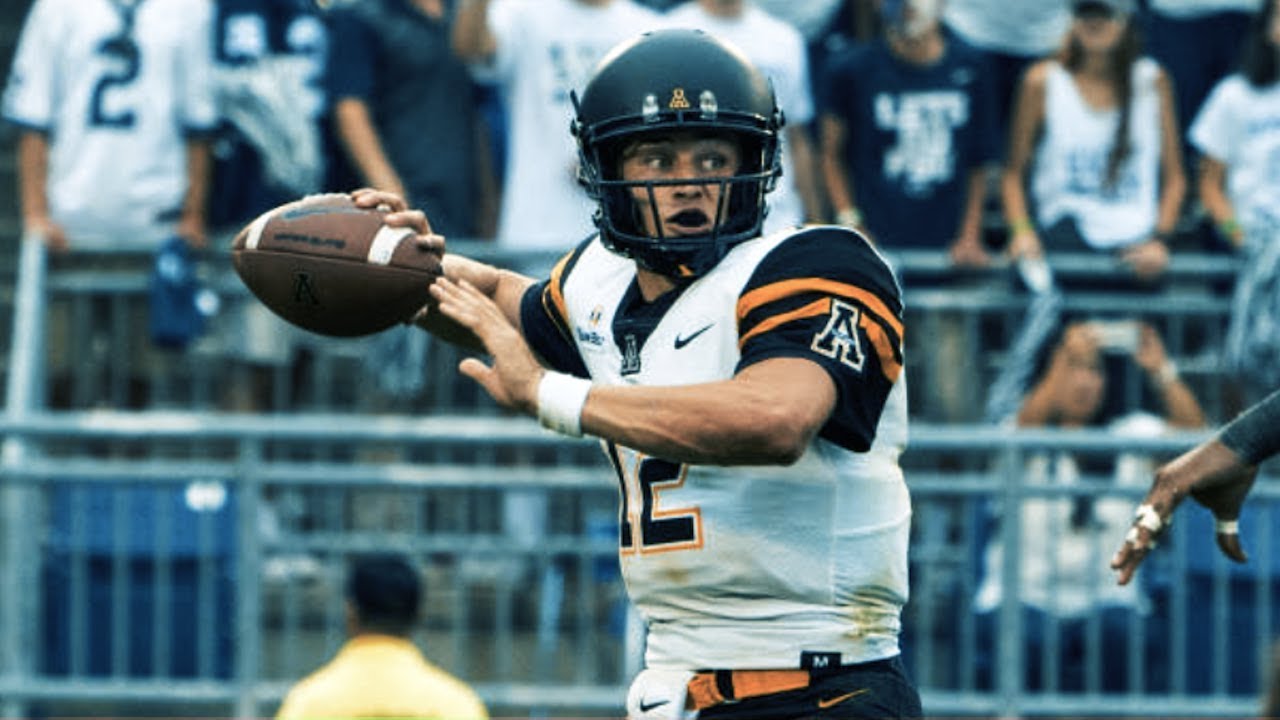 A first-time starting quarterback went into Penn State in last year’s opener and nearly won because it’s all the Mountaineers do. Zac Thomas should be better in year two under center, and Darrynton Evans emerged as the lead back after Jalin Moore went down with injury and didn’t miss a beat. Forget the coaching change, Eliah Drinkwitz (most Appalachian name ever) will be fine.

At least when you play at Georgia State you can get away from all the losing by heading over to Atlanta.

The Eagles won 10 games last year and can definitely do it again, but being in the same division as App State means they’ll miss out on a conference title to throw into relief how good they’ve been. Oh well, at least no major team made the mistake of scheduling them in Week One WAIT LSU WHAT ARE YOU DOING THAT CRAWFISH IS POISONED.

Here’s a chance to look smarter than all your friends when it comes to the 2019 NFL Draft, as a guy who had 4 interceptions and 12 pass breakups as a sophomore could possibly get even better and be a steal for a team looking for a young corner in the middle rounds.

Thomas’ favorite target pulled in 10 touchdowns last year and racked up over 770 yards on only 43 catches. The Mountaineers will still be run-first, but a few more pass attempts mean Sutton could post one of the best receiving seasons in the Group of 5.

My advice to whoever is under center for the Red Wolves is that duplicating Justice Hansen’s success starts with getting the ball to the 6’0″ junior at all costs. 1,005 yards and 7 TDs might only be the beginning if Blake Anderson wants to bring home a division title.

Marcus Williams Jr. wasn’t as explosive as Evans but was a solid second option for the Mountaineers in the backfield. If HE starts ripping off big runs too, we might be headed for a surprise New Year’s Six bid from Boone, North Carolina.

The Red Wolves should have enough to edge out Louisiana this year. Also, if the Ragin’ Cajuns do win, we have to deal the uncomfortable retread of their latest foray into the news cycle.

Troy and Georgia Southern both won 10 games last year and still came up short to the Mountaineers. If both teams got worse, it’s going to be smooth sailing to another #FunBelt title.