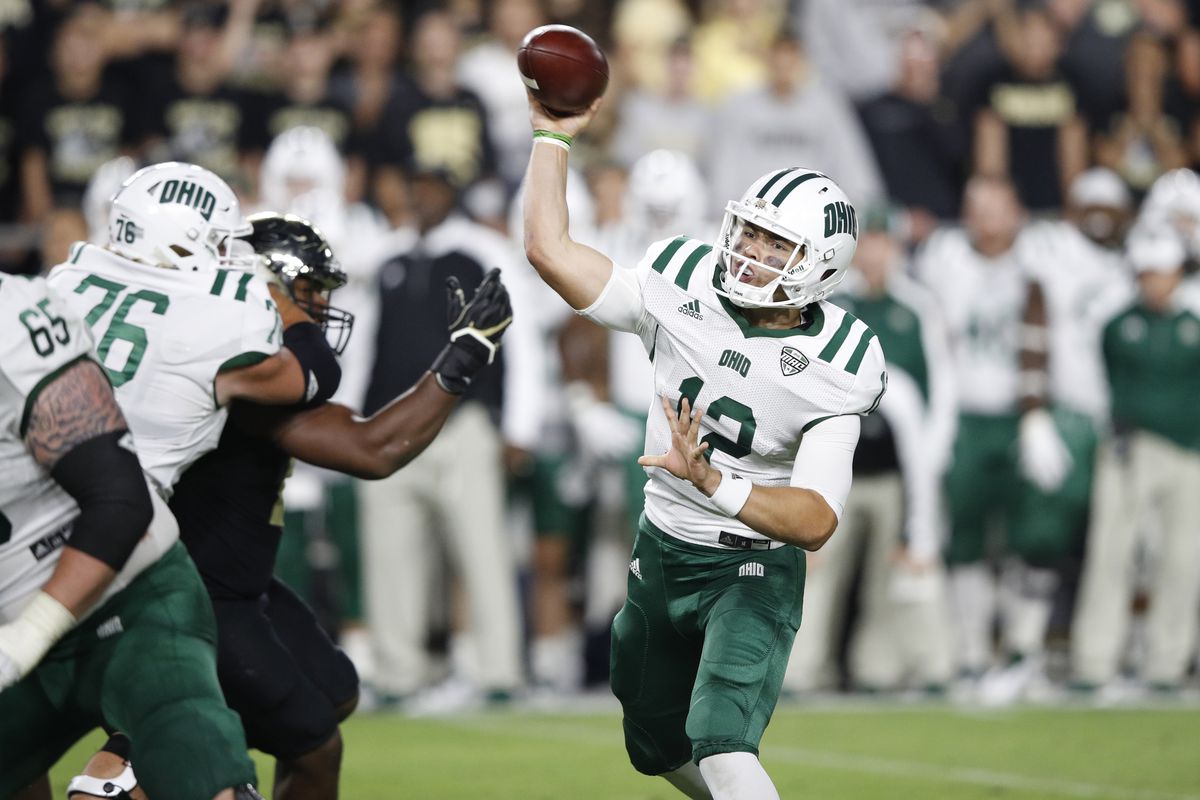 Having the top returning quarterback in the league in Nathan Rourke helps. The defense getting big seasons from players like junior cornerback Jamal Hudson would help even more.

The Chippewas went to a bowl game 2 years ago and pulled off a stunning win at Oklahoma State the year before that. The fact it went so bad so quickly is not a great omen for this season or a few more after that.

The Huskies managed to win the conference again last year but did so while finishing at 8-6. No matter how much they will be underestimated, NIU can win the MAC every year. The problem is it won’t always be in convincing fashion.

They have workhorse running back Bryant Koback returning, as well as QB Mitchell Guadagni coming back to take over the position full time. He shined enough in part-time duty last year to make the Rockets the preseason division favorite, and a worthy one at that. So why can’t they beat Northern Illinois?

The MAC has been a bastion of surprise NFL talent for almost 2 decades now. So let’s consider a 6’1″ senior wide receiver who started to break out last season with 878 yards and 7 touchdowns to lead the Cardinals. He should have plenty of opportunities to impress pro scouts this year with QB Drew Pitt needing to find a security blanket in his first full season as the starter.

Splitting time with a really good running back in his own right in Kevin Marks means Patterson doesn’t wear down. 1,013 yards and 14 TDs in 2018 might just be the beginning.

The 2 best linebackers in the conference are tackling machines (236 combined!!!) that will pair very nicely with safety Mykelti Williams and are what the Huskies will need after the departure of pass-rushing phenoms Sutton Smith and Josh Corcoran.

There’s a lot of turnover at the skill positions for the Bobcats, so Rourke will have to put up POTY numbers for a conference title to be a realistic expectation. Fortunately, he’s proving to be a capable dual threat, as he added 860 yards and 15 TDs rushing to over 2,400 yards and 23 scores through the air.

Buffalo won this division last year because they had the league’s best QB in Tyree Jackson. The Bulls will make it close with the tandem of Patterson and Marks in the backfield, but the “Best QB Rule” means Rourke and head coach Frank Solich has the edge this time.

If starting QB Marcus Childers gains some consistency this year and 1,000-yard running back Tre Harbison continues to pound out the yards, the defense is going to get plenty of stops. Playmakers need to emerge at receiver, but they didn’t have a ton last year and still won the division. Toledo has lost just as much as the Huskies at the skill positions that things won’t change.

It says a lot about the consistency within this program that Thomas Hammock takes over as head coach this year and I still quite like their chances to win the league. There’s too many instances of turnover in the rest of the MAC not to trust the ol’ reliable.