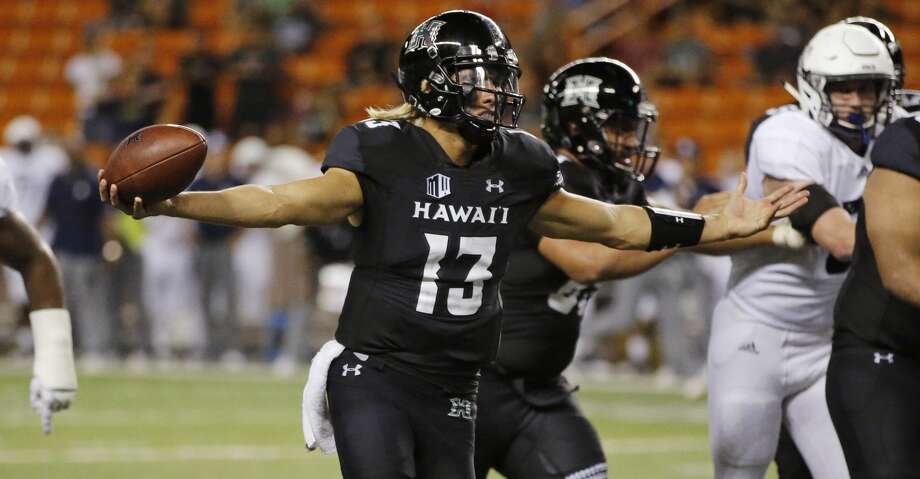 Nick Rolovich is the perfect person to helm this program and still get results. A former Rainbow Warrior quarterback, he understands the culture around the program and the backgrounds of players the program recruits every year. Also, he’s a brilliant offensive mind and a real chill dude, meaning they’re the most entertaining team in the nation and, if you miss their games because they’re played in the middle of the night on the mainland, just follow him on Twitter and get your entertainment that way.

Still adjusting to FBS life means the Spartans are only going to maybe do a little better than last year’s single win.

This isn’t a bad thing! The Broncos were ravaged by the NFL draft and transfers in a way that would cripple most programs. Instead, they’ll win 8 games at worst. And they’ll probably make that very clear in how they beat Florida State in Week One. Bryan Harsin learned a thing or two from working for Chris Petersen, huh?

The return of Gary Andersen and the last season for dynamic QB Jordan Love means the Aggies are running out of chances to dethrone Boise in the division.

The Mountain West has developed a habit for producing NFL running backs in the last 10 years, and while he’s not Rashaad Penney and setting NCAA records, the senior did rush for 999 yards and 10 touchdowns last year.

Yeah, the team that will rely mostly on offense has the league’s top pass-rusher. Getting better than 8.5 sacks that were sprinkled within 21 tackles last year will make him one of the nation’s best.

He’s on par with any of the best passers in the country while not turning the ball over (6 interceptions last season). Without 1,000-yard back Darwin Thompson, he’ll be asked to chuck it more and might chase 4,000 yards through the air.

Remember Colt Brennan? The guy who managed to get to the Sugar Bowl and work his way into the Heisman conversation while playing on the islands? Yeah, this guy’s better. Only getting warmed up after 3,875 yards and 36 TDs in 2018, even if he loses 1,000-yard receiver John Ursua.

Utah State will make it very close with all the Broncos’ upheaval. That said, if Chase Cord shows signs of being as explosive as predecessor QB Brett Rypien, WRs CT Thomas and John Hightower are poised to break out, and CB Avery Williams and safeties Kekoa Nawahine and Kekaula Kaniho lead a defensive secondary that could be one of the country’s best.

The turnover so many teams in the conference will suffer hit Fresno State the hardest and thus means the West is wide open. McDonald piling up the yards with help from WRs Cedric Byrd II and JoJo Ward can change that. The Rainbow Warriors found a way to win 8 games last year, and that total before the bowl game should be enough that the most entertaining team in the league might also be its best.

The problem facing Hawaii’s bid to be the feel-good story of the year in college football is the Broncos are still very much a thing. If Harsin like Cord enough to make him Rypien’s backup when a more experience QB in Jaylon Henderson was also there, I like his chances to not just be Boise’s starter all year long, but to also flourish in that capacity. If Andrew Van Buren and Robert Mahone can do just enough taking over for Alexander Mattison in the backfield and Curtis Weaver continues to make life hell for opposing QBS, 10 wins and a shot at the New Year’s Six is easily attainable.