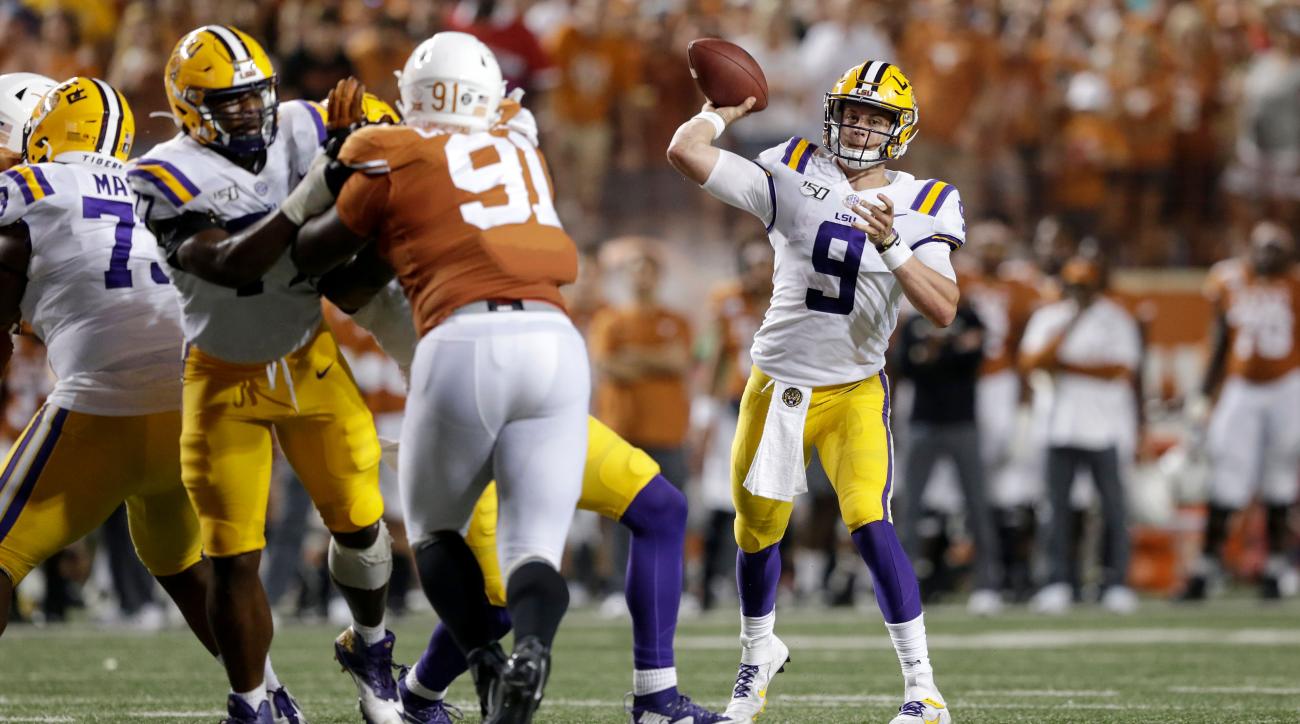 This is a weekly series that will rank the best teams in the country based on their chances to make the College Football Playoff, or, if they fall short, the likeliness that they would reach one of the other major bowl games in the New Year’s Six. Here’s how things stack up heading into Week Three.

T-20. Army & Cincinnati Both went on the road to face traditional Big Ten powers and came away with their first loss, but it’s certainly not a crippling blow to their NY6 chances. While the Black Knights were closer, both teams can still win out and have strong cases at a major bowl game. But the problem does arise that losing in Week Two means you now almost certainly have to win 10-11 straight games to get to the Orange or Cotton.

19. Houston They still stand the best non-Boise chance at representing the Group of 5, as they also have lost to a quality Power 5 team on the road. But it’s setting up where they’ll likely need to win out. Losing to Washington State is not going to reflect all that poorly, but Memphis and likely UCF are looming on the schedule, so a win would be huge.

18. Central Florida Speak of the devil. It would appear this is now freshman quarterback Dillon Gabriel’s job to lose after no sign of Brandon Wimbush in a rout at Florida Atlantic. Now comes arguably the biggest regular-season game in school history at home against Stanford. While it’s not a a NY6 killer with a loss, going undefeated shows it certainly ends the Knights’ slim playoff chances, and like the previously listed teams, it most likely puts UCF’s chances at getting to the Cotton or Orange down to winning out.

17. Washington Welp, you tried to play a game starting at 10:30 in the evening local time against Cal, the Official Team of Rockfights, and decided you’d win in a rockfight. WELP. It was a weird game with weird extraneous circumstances that the Huskies won’t have to deal with again, but it also puts them on the thinnest of ice in the playoff race and, in a surprisingly deep Pac-12, makes the NY6 an even dicier proposition.

16. Utah They’re the Pac-12’s most consistent team right now. But the rest of the league looked quite good in Week Two, and other programs are always going to be more talented than the Utes. It’s when those programs are also as consistent as Kyle Whittingham’s team that you have to worry about those Rose Bowl chances in Salt Lake City.

15. Oregon The Ducks are certainly fine after the loss to Auburn, and Justin Herbert was flat slingin’ it against Nevada. They probably should be the new conference favorite, but…well, keep reading.

14. Florida This is more to do with what others are accomplishing as opposed to failure on the Gators’ part, but the problems that nearly gave away the game vs Miami cannot crop up again, or they will finish here, on the outside looking in at the NY6.

13. Auburn Having the highest-quality win on the board while not totally being sure how they did it means the Tigers are close. Beating at least one of Florida and LSU to get to November with Georgia and Alabama is the path to the NY6 at minimum and maybe more.

12. Boise State Struggling with a solid Marshall team in the home opener after a week of hype from the Florida State win is forgivable. Just win, and the Broncos’ brand (and admittedly solid schedule) is enough to get them to a big bowl again.

11. Notre Dame If the Irish don’t occupy this spot all season, it will be because they are replaced by an ACC team that will have to play in the Orange Bowl because contracts. Can we give Maryland honorary membership again to take care of that problem?

10. Michigan That offense stinks, especially when you realize it’s not for a lack of talent. Either throw all the offensive coaches into the ocean or put Auburn in this slot to play Notre Dame/the ACC’s dregs in the Orange Bowl. Any way you spin it, the Wolverines aren’t looking ready to finally dethrone Ohio State and get in the playoff.

9. Washington State Cooooooooogs. C’mon, let’s try to have a little fun. Oregon is the likely Pac-12 choice here and should probably replace Washington on the list altogether to let a team like Wisconsin slide up. But it’s a long season, meaning Washington could bounce back from the Cal loss and Wazzu could finally break through the glass ceiling of an Alamo Bowl at best  (and yes, part of this is betting on Washington losing another conference game so that Wazzu loses the Apple Cup but still wins the North division, LET ME LIVE).

8. Texas The offense was brilliant, particularly the right arm of Sam Ehlinger. But man, just because LSU’s improved doesn’t mean that pass defense doesn’t have some serious holes. Specifically: 1) no real consistent pass rush; and 2) no great one-on-one cover guys. Those things have be fixed lest they drop multiple Big 12 games and only have a big bowl to look forward to in December.

7. Penn State Still winning games, even after a little bit of a second-quarter lull against Buffalo. Keep winning when the opponents get tougher while getting 10 wins minimum, and the Nittany Lions will are set up really well. With Michigan’s lethargic start, they might be in prime position to grab a NY6 spot or even more.

6. LSU Joe Burrow, spread quarterback! It’s real and it’s beautiful. The Bayou Bengals have always recruited stud receivers like Justin Jefferson, Ja’Marr Chase and Terrace Marshall Jr. The difference is now they’re actually using them. Burrow’s making big-time throws and getting big-time protection from his offensive line, but he has plenty of help. Also, the Tigers will still be the Tigers on defense as the season rolls on.

5. Georgia Yes, you should absolutely roll past Murray State. But not everybody does it with such vigor. If there’s a weakness, the ‘Dawgs are doing an excellent job of hiding it.

4. Oklahoma We’re going to shake things up ever so slightly because while Ohio State has looked a little less impressive than the Sooners, they’ve played better opponents. That theme continues with a trip to face UCLA this weekend for Lincoln Riley’s crew.

3. Ohio State The above still applies with the conference opener at Indiana, a game that has given the Buckeyes fits the last 2 times they’ve visited Bloomington.

2. Alabama Now even the freshman kicker’s okay. We’re all doomed.

1. Clemson There’s a unique level of terror in what the Tigers did to Texas A&M, never pulling away for a statement blowout but still having complete control from start to finish. The statement made in Death Valley, in my opinion, is you can pretty much put to bed the argument that the lack of experience on both the offensive and defensive lines could be a fatal flaw. Clemson owned the line of scrimmage with complete authority. Imagine what happens when Trevor Lawrence gets back to owning the air attack with the same command.