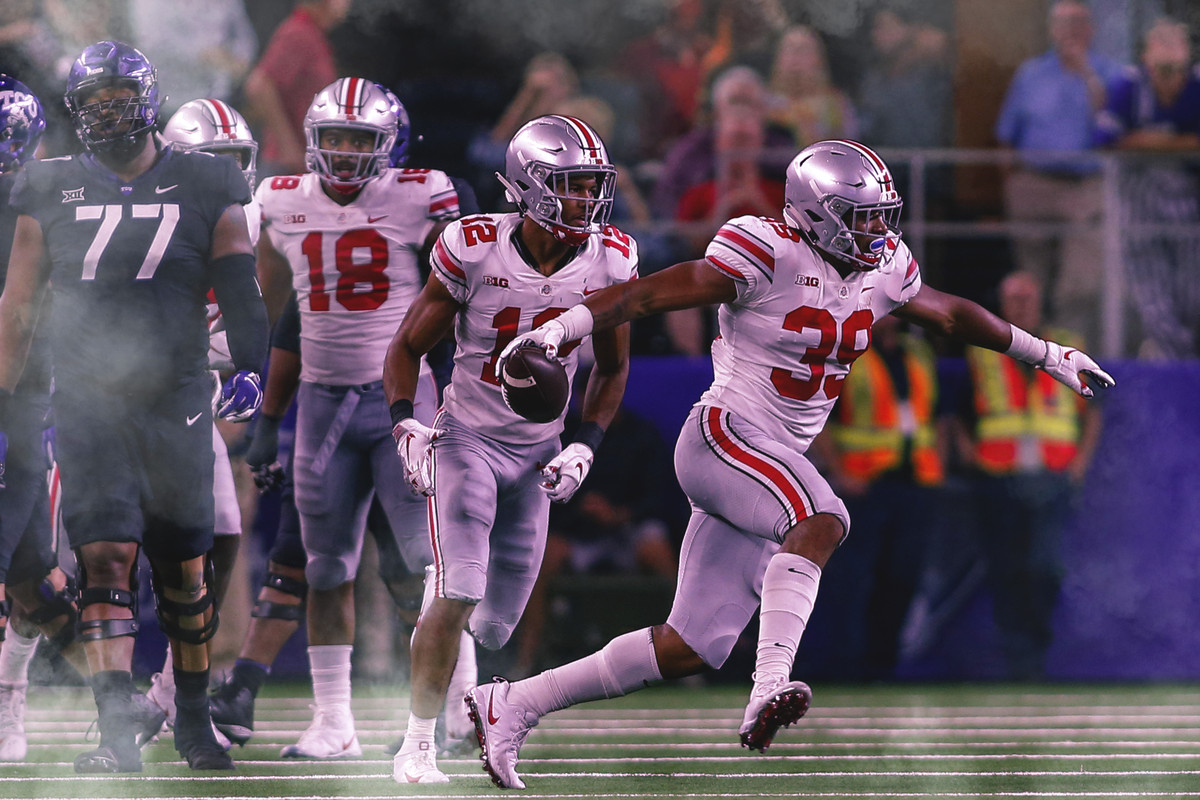 As opposed to one long enormous article you have to read over 7 days and a monstrous article I sell my soul to finish, this year’s college football previews will be broken up into smaller chunks. Today we talk about how what it means to be B1G in 2019.

Admittedly, it’s hard to not be on a roll when you started out 0-6 and then finally won some games. EH OHHHHHHHHHH. But seriously, Scott Frost made the Huskers better down the stretch of 2018. Nebraska only missed out on bowl eligibility due to close losses to Ohio State and Iowa even after that ohfer-start to the first half of last season. Adrian Martinez looks like Frost’s next dynamic quarterback, and the West division is weak again. Find adequate replacements to running back Devine Ozigbo and wide receiver Stanley Morgan Jr. and you’re in good shape.

Artur Sitkowski was so incredibly bad at QB last year that this is actually getting better! Texas Tech transfer McLane Carter and freshman Cole Snyder can’t be worse than 18 interceptions and only 4 touchdowns, right? Right?!?!?!?!?

They will win 9 games and possibly the division and they will be mostly unwatchable in doing it because Pat Fitzgerald is a less-charismatic Thanos: He’s on a psychotic quest to make everyone deeply unhappy but he totally thinks it’s for everyone’s good. And don’t you DARE question his math, math is for the evils of UNION REPRESENTATIVES.

I’m not saying the Wolverines need to win the Big Ten (though all the other major yearly contenders are finally vunerable so yeah maybe do that). I’m not even asking that Jim Harbaugh finally beats Ohio State (though this is a transition year at the top so yeah beat the Buckeyes now or it’s only gonna get worse). All I’m asking is that when Michigan gets to The Game a win away from Indianapolis and possibly a playoff spot, just make it a close game, okay (probably not going to happen, Jim Harbaugh’s hatred of chicken has cursed him, Go Blue)?

The Nittany Lion defensive end racked up 8 sacks and forced a pair of fumbles in his sophomore season when he was mostly playing second fiddle to guys like Shareef Miller. Not anymore. Top draft scouts are already taking a long look at a guy who’s 6’5″, 264 pounds, and still raw and ready to be molded into a monster.

A freshman season for the ages made the Boilermakers actual must-see TV. Moore put up a 100-catch, 1,000-yard season straight out of high school and made some of the best defenders in the country look silly. The wild things is he only touched the ball 21 times as a runner and had just 12 punt returns. Imagine what happens if he gets more chances to touch the ball in those avenues.

Star defensive end Nick Bosa was knocked out for the season in the TCU game and left folks wondering how the Buckeyes would fare. To their credit, ESPN’s Chris Fowler and Kirk Herbstreit pointed out on the broadcast that Young was a highly-touted recruit that coaches believed was getting ready to be an X-factor. 10.5 sacks later (tied for 13th-best in the whole dang country), Young is a preseason All-American candidate who should get plenty of shots at the QB again with the help of all-conference-caliber teammates Robert Landers and Jonathon Cooper.

We haven’t seen enough to say for certain the dual-threat, highly-touted former Georgia QB is going to be a star, but he’s been an electric runner in small doses and he’s working with a coach in Ryan Day who certainly knows how to run an offense. I’m betting he puts on a show and works his way into the Heisman discussion.

We’re not talking about them as much as last year because there appears to be no fixes coming to an understocked and inconsistent defense. But with questions surrounding a top QB recruit taking over at Wisconsin and Nebraska still looking for a few more impact players, the reality is no unit is as talented in the division as the Boilers’ offense.

Of the 2 quarterbacks Jeff Brohm has used the last 2 years, Elijah Sindelar has been the more explosive. If he can stay healthy and get solid protection from the offensive line, Moore is just one of a number of exciting weapons in the passing game. Adam Sparks and Jackson Anthrop mean Purdue can take its time getting Richie Worship and the run game going.

If freshman like RB King Doerue and WR David Bell can add an impact to the offense and DE George Karlaftis and S Jalen Graham do the same for the defense, they’ve at least got enough to edge out the Huskers.

J.K. Dobbins will likely run with some vengeance on the mind after a sophomore slump, and the receiving corps around Fields really is stacked with K.J. Hill, Binjimen Victor, Austin Mack, C.J. Saunders and Chris Olave. A great D-line gets extra help with 2 of the nation’s best linebackers in Malik Harrison and Peter Werner.

Until I see them dethroned, I refuse to believe it’s going to happen. At WORST this team’s talent is good enough to win 10 games without being clicking on all cylinders. Corners Damon Arnette and Shaun Wade have only gotten better, as had roaming safety Jordan Fuller. Former Kentucky QB Gunnar Hoak transferred closer to home and is a good emergency option after Fields. Five-star-recruit defensive end Zach Harrison and receiver Garrett Wilson join a roster full of them and are enough to put Ryan Day over the top of everybody except maybe one loss in the regular season, but certainly enough to beat Michigan and Purdue in Indy at the end of the year.