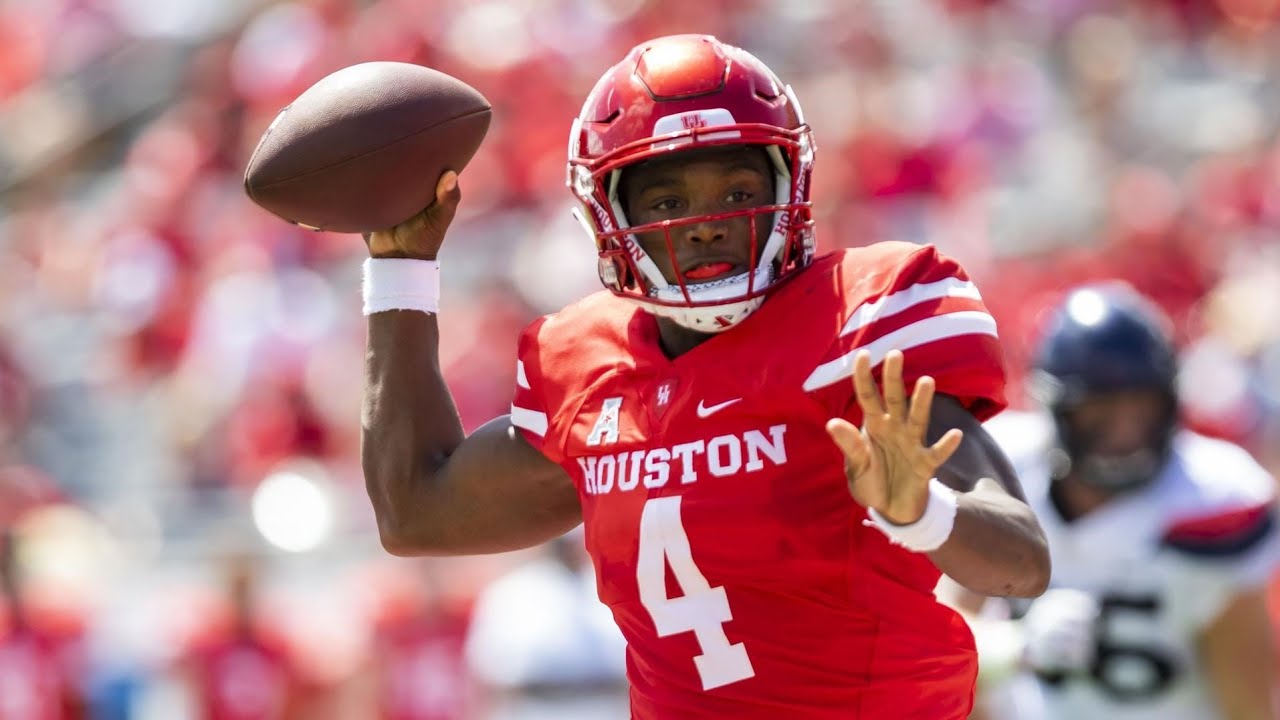 Don’t let a stinker of a bowl-game loss to Army fool you. The Cougars are trending way up, especially with the offseason change at the top. It’s almost highway robbery to coax Dana Holgorsen away from West Virginia, but now a brilliant offensive coach takes over a team flush with weapons. More on that in a moment.

The Golden Hurricanes are real bad, so we’re not going to talk much about them. Let’s instead answer the question “Why isn’t UConn here?” It’s true the Huskies ran out a historically awful defense last season, but a change at defensive coordinator in former Alabama assistant Lou Spanos and 16 of the top 19 returning tacklers returning as either sophomores or juniors means things are kinda looking up from rock bottom! My point is UConn was all-time bad last year and might get a little better, and the fact we can’t say that for Tulsa is all you need to know.

Did you know the Bearcats won 11 games last season and finished the year ranked? Nope? Yeah, that’s the point. Not even a home game with UCLA to kick off the season will generate any kind of buzz. Barring an unbeaten season, Luke Fickell’s going to keep doing a good job in complete anonymity.

The injury to star QB McKenzie Milton was a devastating blow to any college football fan, but it really didn’t impact the Knights’ continued campaign to break through the playoff ceiling. Even with Milton healthy, an unbeaten Central Florida probably gets shipped off to the Fiesta Bowl. I’m not going to sit here and say it’s impossible for a Group of 5 team to get in the playoff (it’s only a 5-year-old enterprise!), but little guys will need to schedule much better than what the Knights have done of late. Even this year, adding Stanford still means they’ll need to blow everyone out on the way to 13-0 to maaaaybe get in.

Running back Darrell Henderson turned over 1,900 yards with the Tigers into a gig backing up Todd Gurley, and Tony Pollard only needed part-time duty to convince the Dallas Cowboys he deserved a job. But you might forget Memphis had two thousand-yard rushers last season. That other back returns for his senior season, and if new offensive coordinator Kevin Johns doesn’t take all the tread off his tires, he’ll be the next Tiger runner in line for a NFL stint.

With Milton still nursing his leg and another injury in the offseason to replacement QB Darriel Mack Jr., the presumptive starter is now Notre Dame transfer Brandon Wimbush, who’s an option quarterback with more running in his game than throwing. It looks like the Knights will be a run-first team in 2019, but boy do they have the stable of runners to make it work. Senior Adrian Killins Jr. is a big play waiting to happen, and junior Greg McRae followed in Killins’ footsteps with a breakout thousand-yard 2018. Add in junior Otis Anderson, and there’s no good reason Central Florida shouldn’t be able to run the ball at will on most opponents.

Some good candidates from Memphis in safety T.J. Carter and defensive end Bryce Huff, but when you’re the best player for the Green Wave, teams will be gameplanning for you each week. To have that target on his back and still put up 10.5 sacks, 4 forced fumbles and 9 defensed passes in his sophomore season shows that the edge rusher from Chattanooga is something special.

Tom Herman turned the high school quarterback into an all-purpose receiver for Greg Ward, then Major Applewhite turned him back into a QB when Ward and Herman left. The results were spectacular last year with almost 3,000 yards passing and 36 touchdowns, plus the second-most rushing yards on the team and 14 TDs on the ground. But now he gets to work with Holgo, who unlocked the best of Geno Smith and the potential of Will Grier?

Even with Wimbush running the show all year, the trio of backs and a stud receiver in the making in Gabriel Davis are enough, especially with the lack of a true threat within the division.

Memphis can make a push behind White and Taylor, but it’s the Cougars with options-a-plenty in the backfield. A dynamic runner in King runs the show and will get plenty of help from Patrick “Runs Like a” Carr, Mulbah “Built Like a” Car, and Texas transfer Kyle Porter.

Both division champs are good enough to win 10 games, and the return of Marquez Stevenson for the Cougars means both teams will have a top-flight wide receiver on the edge to complement their strong running games. The question for both teams will be their defenses. Losing a pair of 100-tackle linebackers and Ed freakin’ Oliver hurts, but Houston will bring back dynamic safety Gleson Sprewell, and maybe D-lineman Isaiah Chambers is a breakout star after posting 4.5 sacks in spot duty last year. The slight edge for conference champ goes to the Cougs with the Holgorsen hire, supplanting UCF and Josh Heupel.