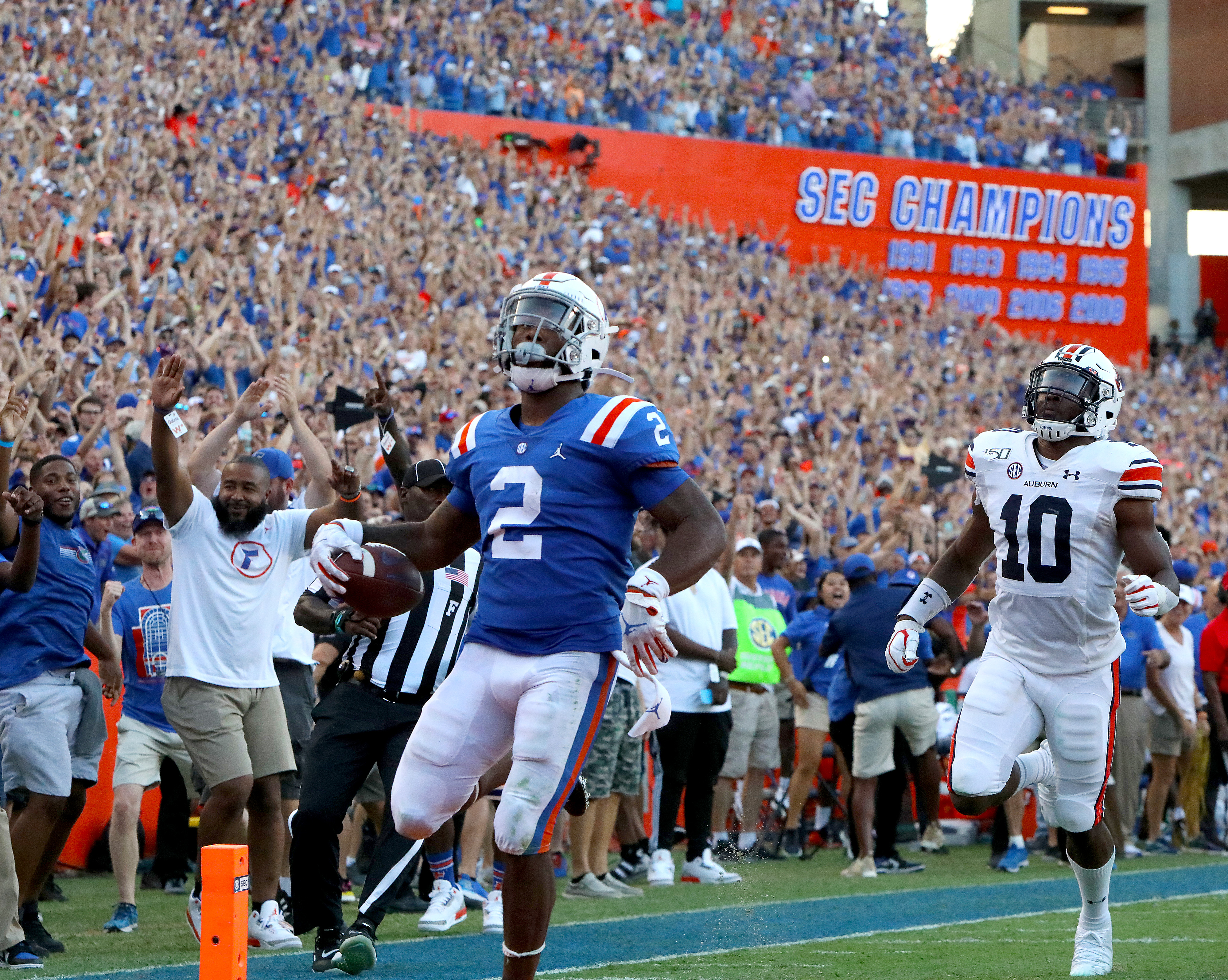 This is a weekly series that will rank the best teams in the country based on their chances to make the College Football Playoff, or, if they fall short, the likeliness that they would reach one of the other major bowl games in the New Year’s Six. Here’s how things stack up heading into Week Seven.

20. Cincinnati The Bearcats have been the most consistent team in the American, with the only loss of the season coming at Ohio State after a half of scrapping and clawing. They’ve had control of pretty much every other game.

19. Baylor They’re unbeaten, so we have to take their New Year’s Six chances a little more seriously. Nobody but Iowa State (whom they’ve beaten head-to-head) looks to be good enough for third-best in the Big 12, and jumping Texas for second-best will automatically earn you a trip to the Sugar Bowl, so the Bears are in position for something special.

18. SMU It was a high-wire act, but the Mustangs escaped in double overtime against Tulsa, and all the Ponies really have to do is win out to get to a big bowl.

17. Arizona State Second-best in the Pac-12 South at worst, which means the Sun Devils can still dream of Pasadena.

16. Wake Forest Another unbeaten with a favorable bowl contract waiting. 10 wins can get the Demon Deacons to the Orange Bowl.

15. Auburn They have a shot at more quality wins than anybody else in the playoff hunt. But that also means they could rack up plenty of losses and get knocked out of even a big bowl. Tigers can only afford one more loss for the NY6.

14. Utah Seeming like the showdown with ASU will flesh out the Pac-12 South picture and almost certainly knock one team out of the Rose Bowl race.

13. Florida Major win for playoff and NY6 hopes against Auburn, but the Gators always manage to lose one dumb game. If that dumb loss comes and they still fall to LSU this week and Georgia to start November, it’s looking like a slim miss of the Cotton or Orange Bowls.

12. Boise State Broncos just keep rolling along. Undefeated Murder Smurfs would have too much of an established history in big games to be denied the NY6.

11. Notre Dame You could maybe talk me into the Irish beating someone higher up this list, but Ian Book would need to be as good as he was against Bowling Green and then some.

9. Texas The shuffling truly begins this weekend, as the Longhorns can jump a ways up if they win in Dallas.

8. Oregon While I understand the AP poll ranking Auburn ahead of the Ducks still because of the head-to-head, projecting ahead makes it look like they have the better playoff shot, and they clearly have an easier big-bowl path.

7. Wisconsin Try to stop Jonathan Taylor. Or try to score on the Badger defense one time. Can’t be done.

6. Georgia They make things look harder than it should be, but the ‘Dawgs are as young as they are talented in a lot of spots, particularly at wide receiver.

4. Oklahoma There were definitely some sloppy moments against Kansas. Jalen Hurts makes a huge statement if he cleans that up and lights up Texas this week.

3. Ohio State The Buckeye offense hit the two or 3 big plays you absolutely must have to keep from getting dragged into a fist fight with Michigan State. And the defense remains ferocious.

2. Alabama I might hear an argument for moving the Tide up to number one if Clemson has a few more close calls with clearly inferior ACC opponents. But ‘Bama also has more serious chances to lose this season, so they’ll stay put for now out of fear that at least one loss is possible.

1. Clemson They’ve looked rusty. Shaking that off to embarrass Florida State for the second straight year would be a good look.